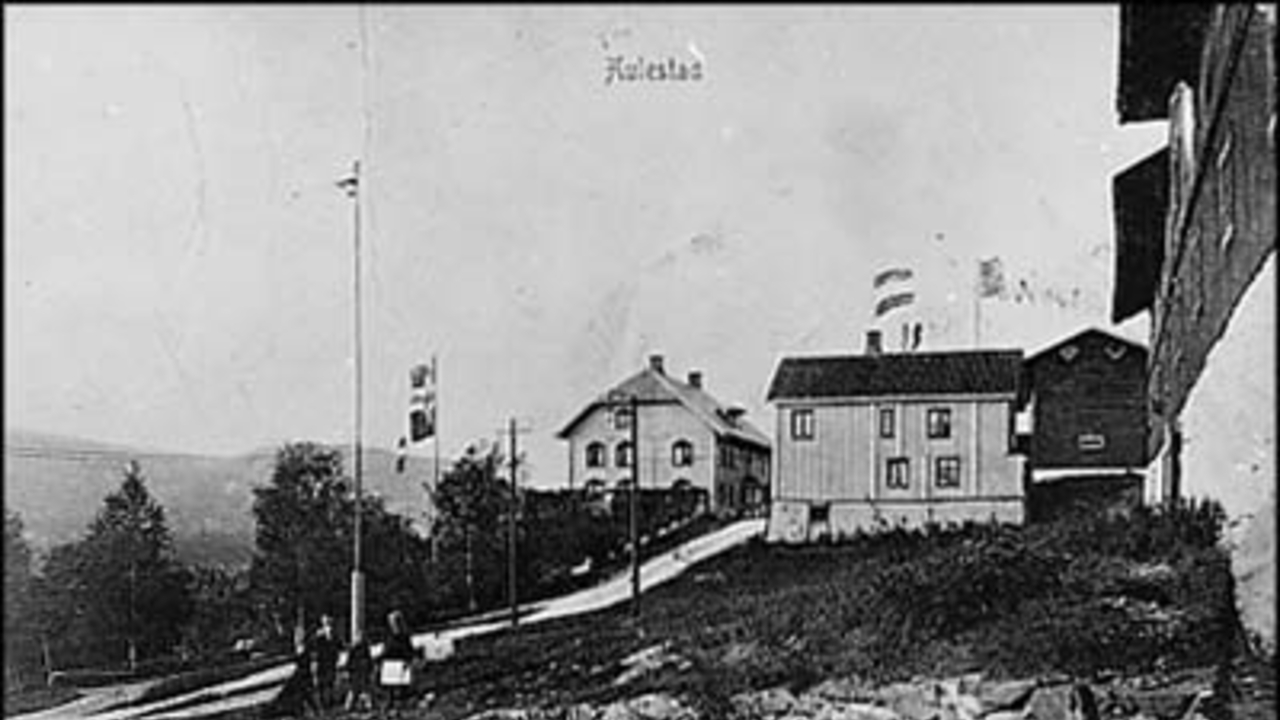 The Bjørnson family bought the farm Aulestad in Gausdal in 1875, while they were still living in Italy.

A few years earlier, the family had been guests at Aulestad, when they visited friends at the folk college in Follebu.

There were several reasons for this purchase. One was that at this time Bjørnson was very interested in Grundtvig and the folk high school, and he would like to be close to his friends Christoffer Bruun and Kristoffer Janson, who had started the Vonheim folk high school in Follebu.

Another reason was that Bjørnson, the author of the peasant stories, would like to own a farm in the countryside. He was convinced that the new national feeling and national understanding had to come from the peasants, and he considered them the real link back to the heroes of the saga era.

Karoline's large and encompassing veranda was completed during Bjørnson's stay in America in the winter of 1880-81. The wagon shed was completed in the spring of 1881. The boys' dormitory has also been changed. The photograph must be after 1889 when the projection on the veranda was made, it happened this year. The top photograph must be from before 1899/1900 when the roof structure was built around this year. The stable below the boys' room is also in place, but it was taken down and moved only in 1901/02.

Bjørnson wanted to turn Aulestad into a model farm, and managed to do so little by little. But the farm wasn't just supposed to be work and such. It also had to look good and be comfortable both for those who lived there and for guests who came to visit.

Erling Bjørnson formally took over as farm farmer at Aulestad in 1890. Bjørnson had to buy the farm back in 1900, because Erling was unable to run it.

Erling Bjørnson is sitting on the right bank in 1889. We can see that the stable below the boys' room is still in its usual place.

The winter picture shows that the large farm building with shared barn and barn has been built, while the stables are still located below the boys' room. This means that the photograph was taken between 1894 and 1899.

Time for sledding. The stable is in place. Stabburet is located in the divide between Upper and Lower Aulestad.

"This is what Aulestad looked like when we got here.  K.R.B." The drawing by Ludvig Skramstad has been given this inscription by Karoline Reimers Bjørnson (K.R.B.) It shows the farm with many smaller outbuildings before the large farm building came in the 1890s.

Bjørnson bought Aulestad from Otto Jørstad, and this photograph is from Jørstad's time at Aulestad. It reveals that in his drawing Ludvig Skramstad had forgotten a window on the first floor (in the later music room) and that the boys' room and the storeroom both had half hipped roofs like the main house. The storehouse bell disappeared when Bjørnson had a wagon shed built in place of the storehouse in 1881. The boys' room must also have been rebuilt.

The yard at Nedre Aulestad with the stables, storehouse, and the main building.

Bjørnson on a walk outside the main building in 1900. The major repair that took place at the beginning of the century has not yet been carried out. The wall facing the yard is still without a "skirt", i.e. without a horizontal panel and water table at a height of one metre.

The overview picture shows both Øvre and Nedre Aulestad with the lessee housing and storehouse in place at Nedre Aulestad. The flags on Øvre Aulestad testify to a hospitable house for visitors from all over the world and not least from the Nordic countries. 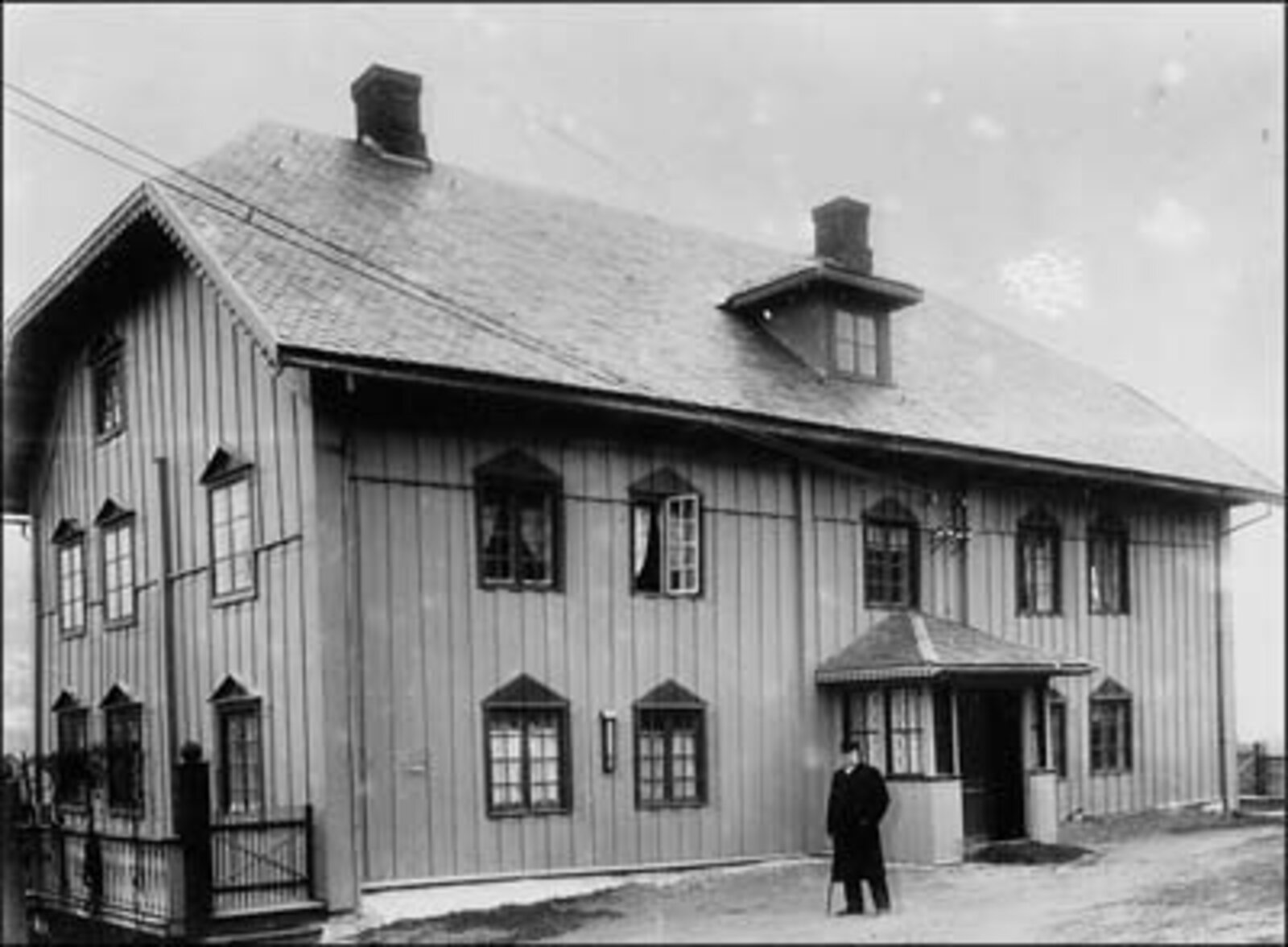 Bjørnson outside the main building. 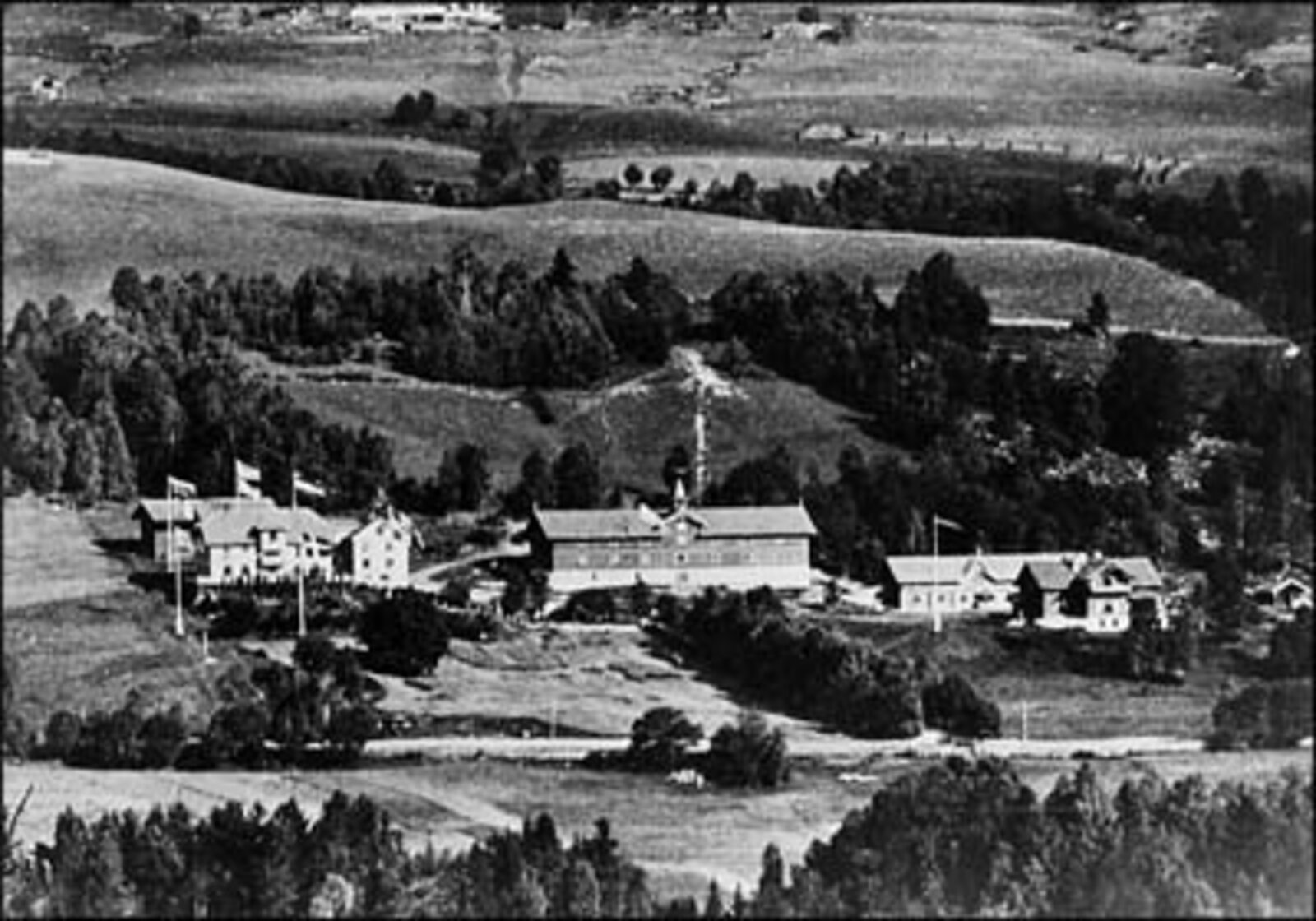 The photography is taken after 1903, but before 1905. The public house or tenant's home has been built, but the glass veranda is missing on the west wall of the main house. 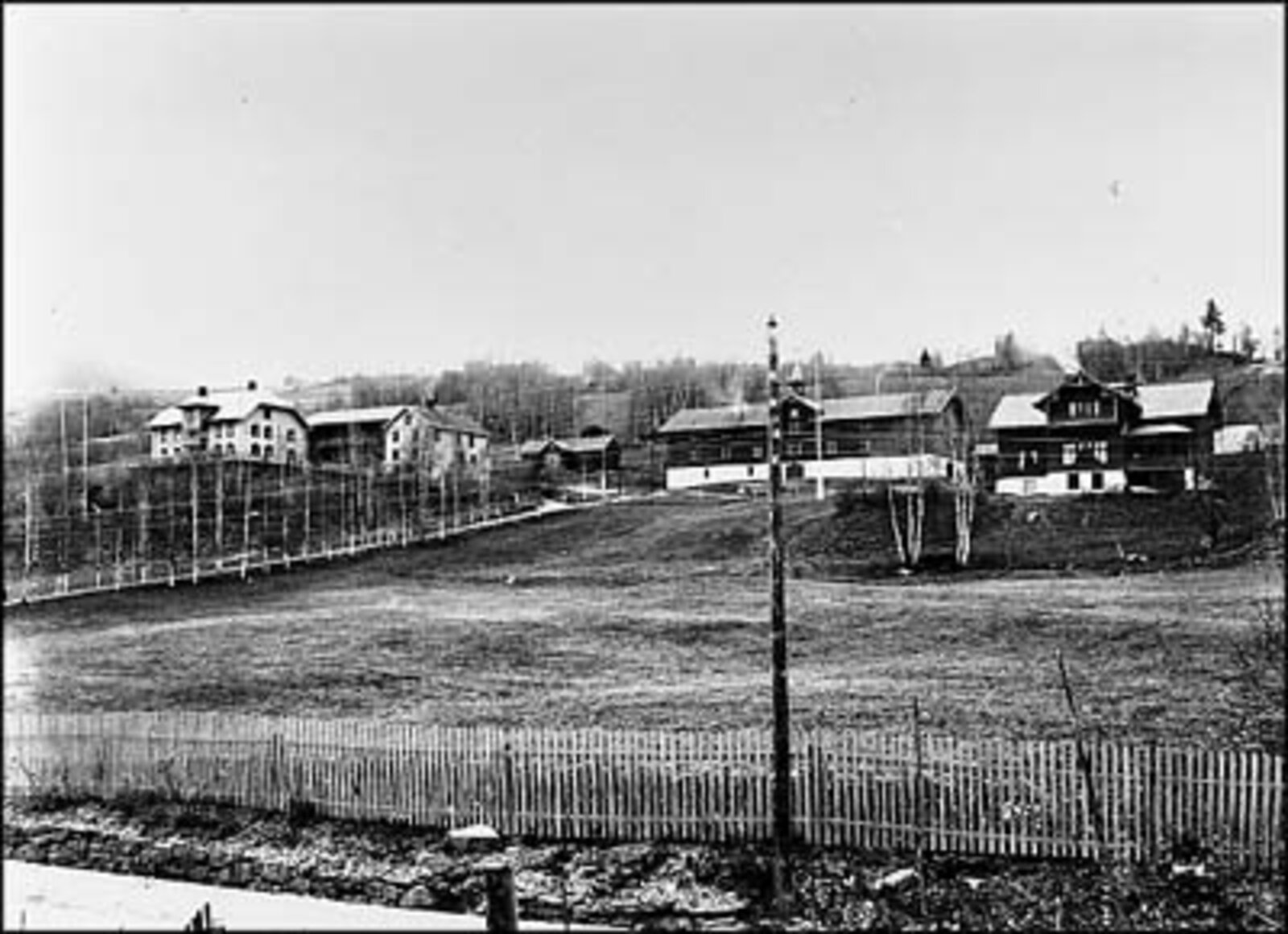 It is spring. The guest room on the second floor has got a window to the east. The stable below the boy's room has been moved. 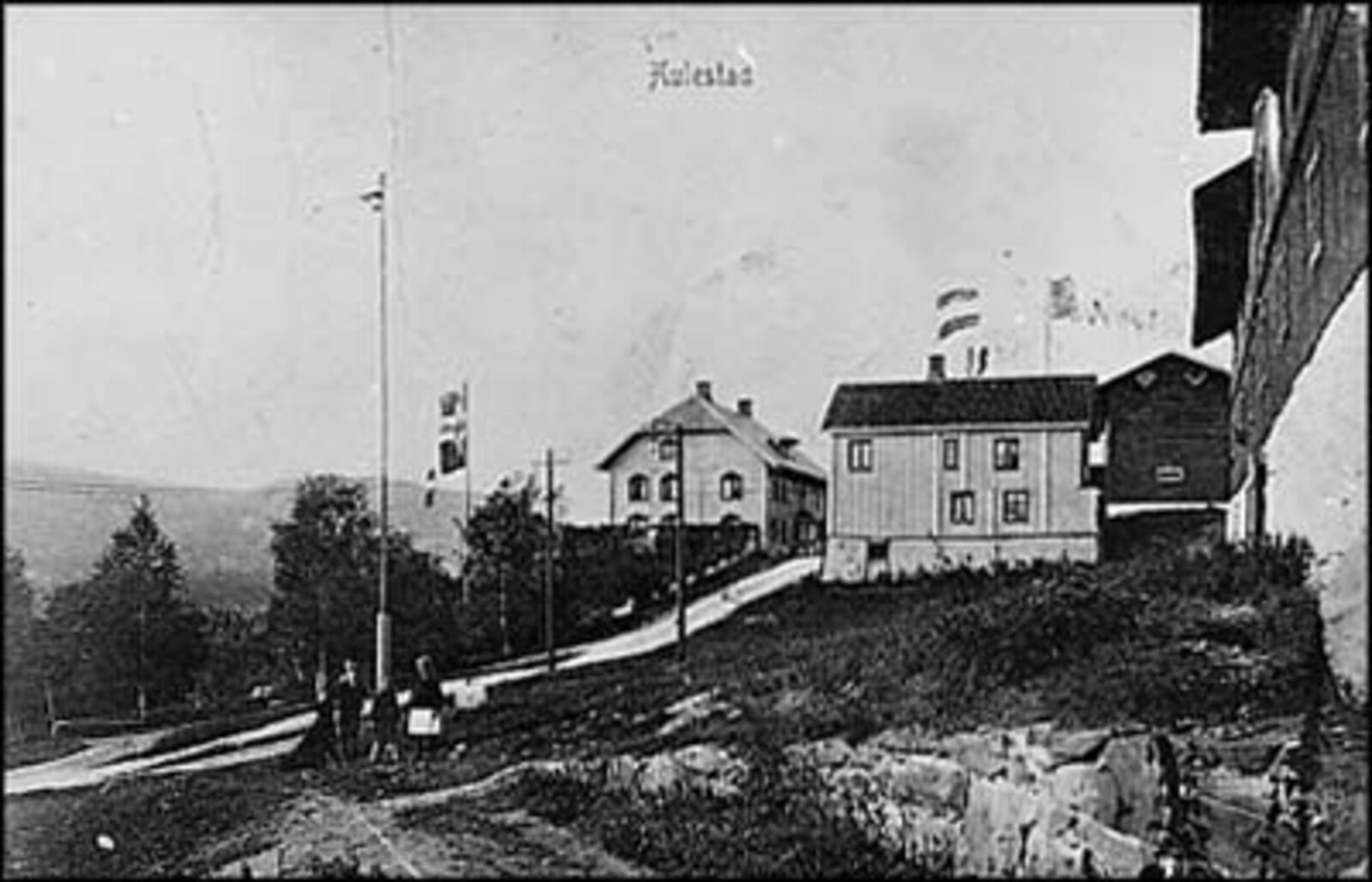 Postcard from after 1900 when the guest room got its window. 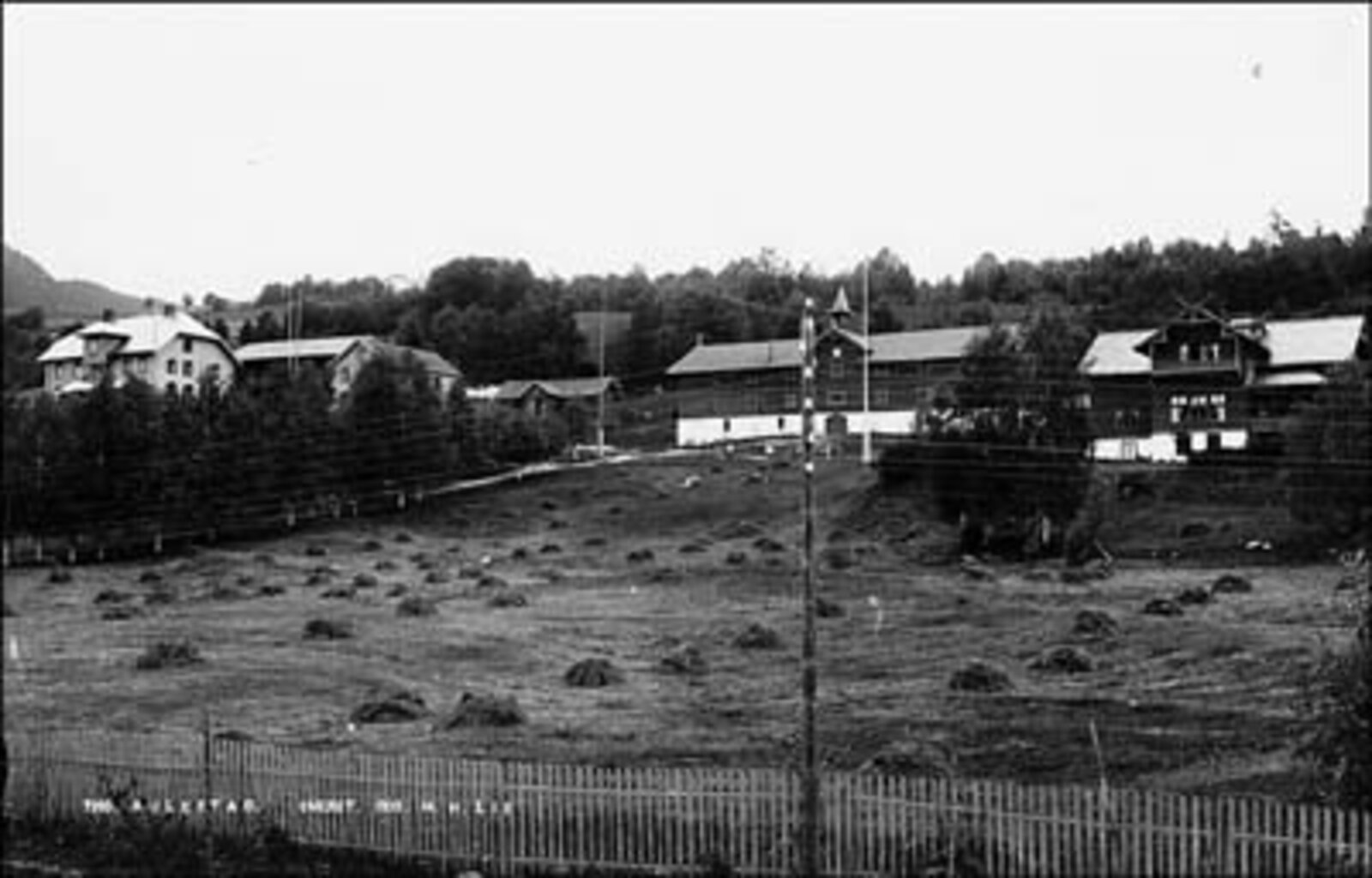 H.H. Lie's photograph from 1903 shows the farm with the hay lying ready for hedging. The stable has been moved. 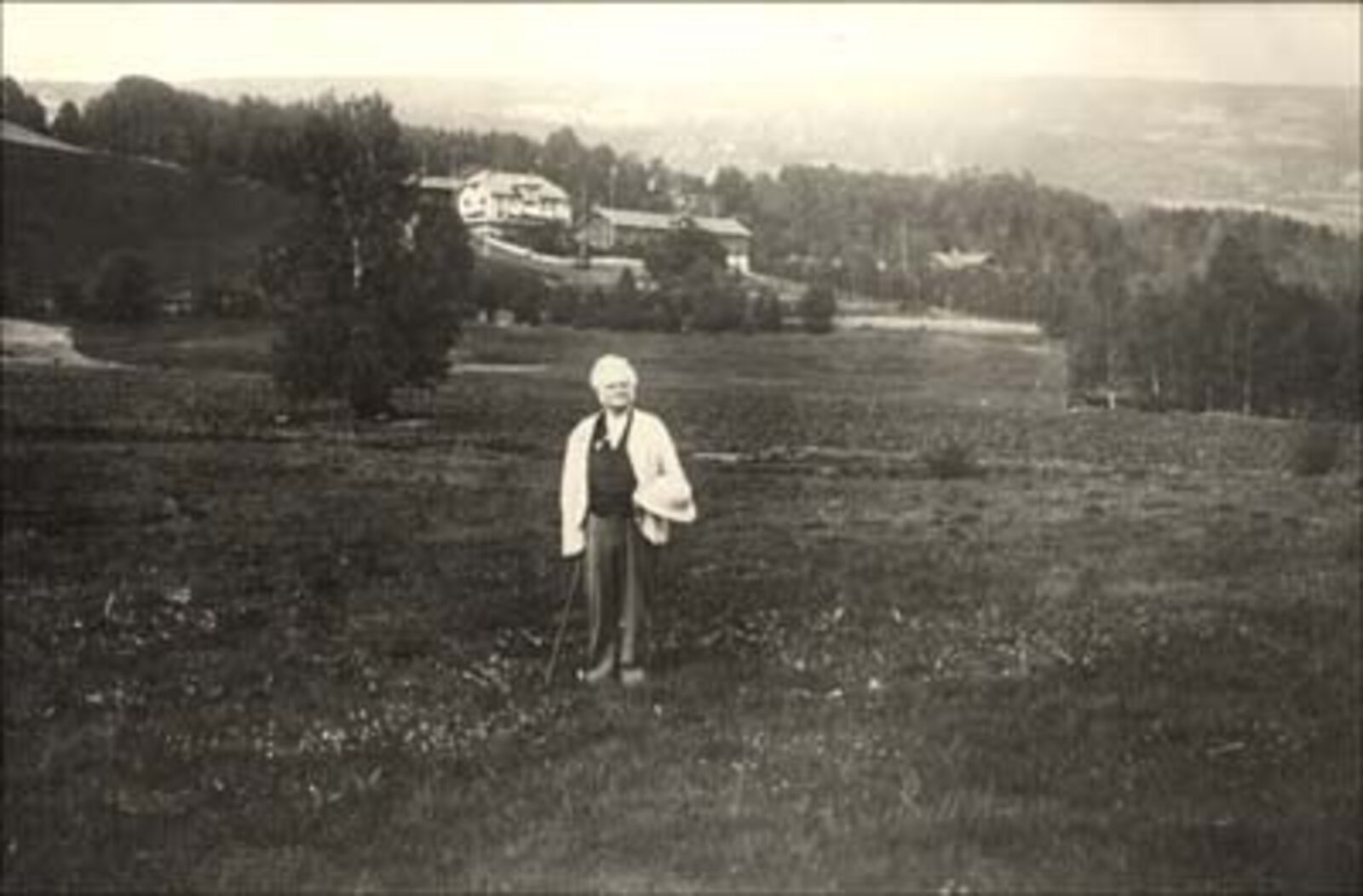 In the plunge bath in Neveråa, the so-called Styrten, Bjørnson took cold tears for health's sake. He constantly invited guests to a strong experience.

Bjørnson had bought the neighboring property Solbakken from Kristoffer Janson for NOK 4,000 in 1888. It was built as the main building and residence for Erling Bjørnson in Nedre Aulestad. Bjørnstjerne and Karoline wanted the old main building for themselves after the farm was handed over to their son Erling in 1890. In the photograph we see that the storehouse and the stables have been moved. The stable has been rebuilt as a combined stable and tenant's residence. This was completed in 1903.