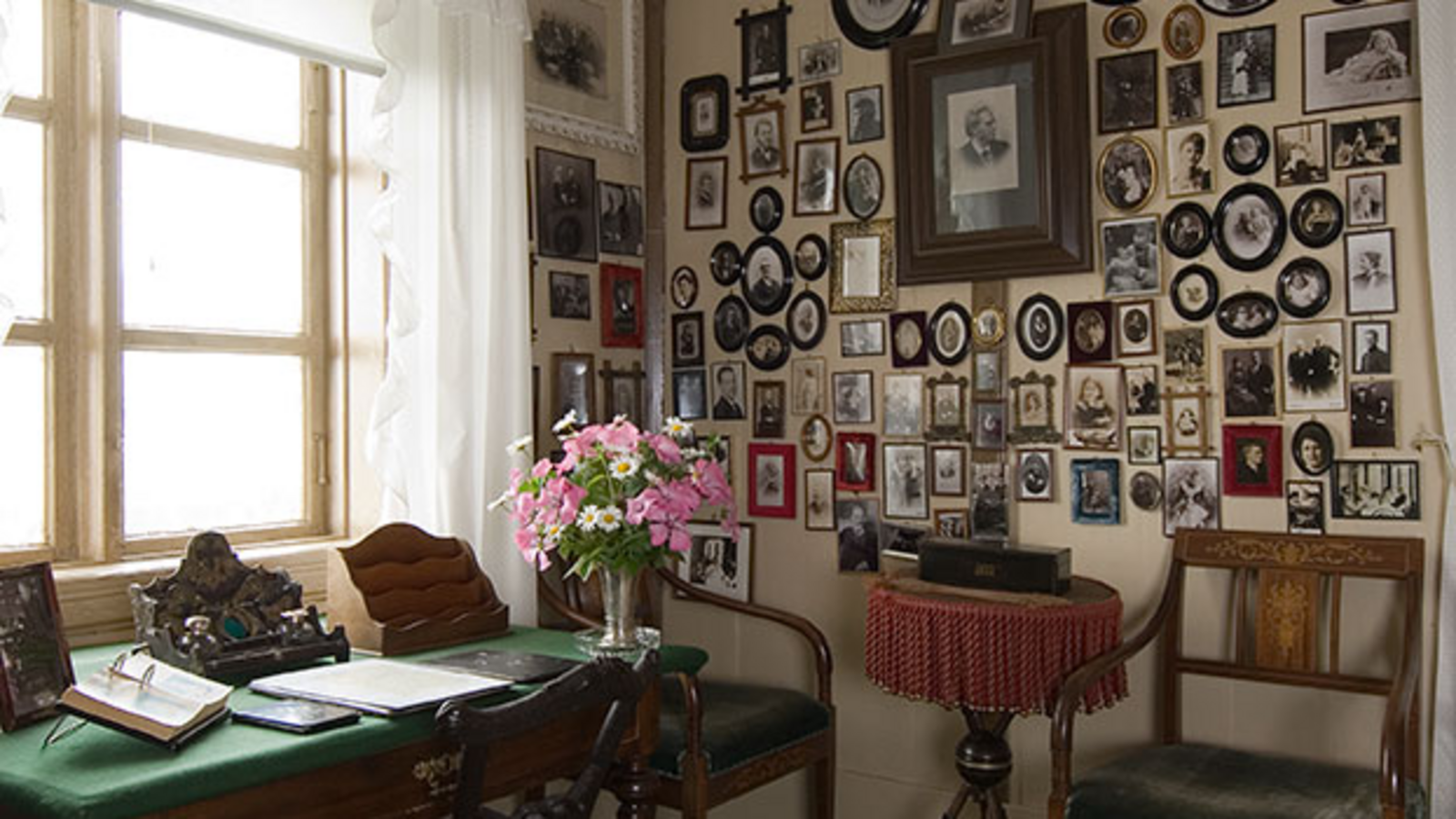 Karoline had many tasks and duties at Aulestad. She was a workhorse. She says herself that sometimes she could remain quite still due to tiredness, but then remember what her old grandmother had taught her: “Whatever you dread - do it quickly and well”, and got going with renewed energy.

In addition to running the house, the farm and the household economy, she wrote out manuscripts and newspaper articles up to 5 or 6 times before Bjørnson was satisfied.

Karoline never meddled in his work, but Bjørnson tells that he noticed if there was something she did not like. A couple of days might pass before he said: “I noticed that you did not quite like the last part you wrote out, Karoline, and you were right; I have now reworked it, and I think you will be more satisfied.”

Karoline had photos of family members hanging on the wall next to her desk. “The family wall" she called it. She had to find room for five generations as time passed. Karoline lived to a great old age. She survived Bjørnson by 24 years, and died at Aulestad on 27 June 1934, almost 99 years old.

(Source: In the house of Bjørnstjerne. Jakob Ågotnes)